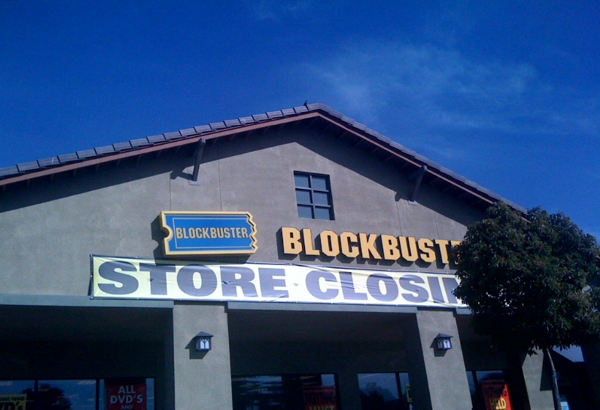 The Internet and Digital Technology is rapidly advancing with people adapting their businesses to the future. In a world which is so dependent on them to function, it is easy to get left behind. Just look at Blockbuster which at its best point was worth $3US Billion with over 9,000 stores.

Today Blockbuster only has one store in operation, and it makes more money as an Airbnb than from video rentals. In comparison, look at Netflix, which started similarly to Blockbuster as a DVD rental company through the post.

Netflix is currently worth around 210 Billion dollars and operates in 190 countries. So why the contrasting results, why did one business succeed and the other fail? The simple answer is Blockbuster failed to adapt.

After Blockbuster’s initial innovation of a new Barcode system which allowed them to manage thousands of movie titles, their willingness to adapt stagnated. Blockbuster had multiple opportunities to either work with or buy Netflix, but they were too focused on their DVD stores.

Adapting your business is critical.

Netflix, on the other hand, was ready and willing to adapt. In 2007 they introduced the first version of what we know as the Netflix of today, yet they still believed DVD’s where the future, until they had been running for a year.

At one point Blockbuster partnered with a business called Enron to develop an on-demand television service. But like their passing up of Netflix, Blockbuster decided to invest in the Brick and Mortar stores. Any attempts Blockbuster made to regain its market share from companies like Netflix where all in vain and used outdated technology like the DVD kiosk.

Within the year, Netflix online video service became so popular they realised on-demand television was the way forward. They decided to invest its time and resources into this innovation.

Netflix clearly illustrated how important it is to look for opportunities to adapt and integrate new digital technologies into business operations.

Key Message: Don’t let your business stagnate and fall behind like Blockbuster. Because new technology is different from what you use now,

“Your best solutions often come after your mistakes and failures. As long as you learn from them and have good systems, tools and processes in place”. Peter Sergeant

“Adapt or perish, now as ever, is nature’s inexorable imperative”. H.G Wells