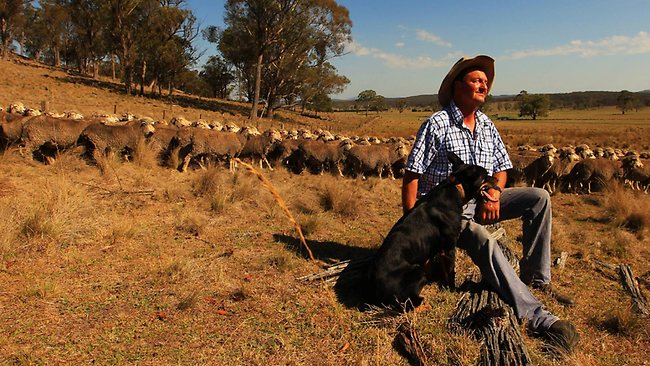 Drought struggles hit the farmers first, business second, the town’s residents next and then the cities.

Australia is vulnerable and has brought sharply into focus in recent drought struggles, and the flooding rains in far north Queensland.

Droughts, flooding rains and fire are, and always will be, part of the Australian environment, and it is impossible to prevent these natural disasters from occurring, but their impact can be made more palatable. We need to place water resources and drought into context and become more action orientated.

The effects of drought struggles can be distressing and can affect the whole town or village. To understand droughts means you need to experience one to appreciate what the people must endure over many months, even many years. It’s much more than our lawns needing water, or an increase in Asthma because of the dust.

The carcasses of livestock and kangaroos killed in their desperate search for food and water add to the sense of despair for locals facing drought. Death lines the highways, with the increasing amount of roadkill acting as a constant reminder of intense drought.

Drought is an accepted part of life, but it’s tough when the scars of drought remain fresh and unattended by those in leadership positions. People in drought can only carry so much of a burden, and we’ve all heard tragic stories about towns and families with too many people taking their own lives. To capital city folk, it’s an unseen struggle.

How long are the drought struggles going to last?

It’s not going to be over next week, or even next year as the cloudless skies rise every morning with the hot burning sun. The truth is that most people’ circumstances are only going to get worse before they start to improve.

Usually, the rivers provide relief: swimming in cool water, fishing for trout or Murray cod or enjoying the comfort of a big shady red gum which lines the banks, but in prolonged droughts even they dry up, and trees die.

Of course, the problems are not over on the day it rains as everyone must go through the recovery period and while rebuilding their lives. Health service delivery services become strained as demand escalates, and relationships start to breakdown under pressure.

While people might be working well together, fatigue sets in and while volunteers are helping residents of drought-stricken communities; there are never enough. Even though there are many organisations, helping to deliver supplies and services, it becomes frustrating because there is always more needed, as the drought rages.

When the water dries up, businesses have to close, and jobs become scarce. Many of the companies and jobs can then take years to rebuild and may never return, causing even more depletion of regional services to the farmers and others who live there.

Many residents, not just farmers, have to make tough decisions when it comes to starving families and animals, particularly farm animals because they provide future income to the farmers and throughout the community. No animals, no crops, no income and everyone and everything in the town or village goes into decline.

As a passed machinery dealer, like other businesses, I remember having to deal with excessive debt in times of drought.  There’s not much you can do, you sit there hoping that eventually much of it will be recovered.

Many towns, including the larger centres, have to start carting drinking water as drought worsens. Millions of dollars are being spent on carting water, money a community can ill-afford.

In the meantime owning your situation will help find solutions to drought struggles and see beyond any distortion of power. At first, owning your problems and frustrations is easy. However, letting yourself off the hook by finding fault or making excuses as the drought continues to bite, seduces many. Your choices and behaviours aren’t someone else’s fault.

So what is the answer?

Drought proofing our towns and villages can be achieved in several ways. Perhaps this could be the start of a 10 point plan:

When you look at all the money wasted by big governments, duplications, and minor issues, it is not hard to see where the money can come from to do the job properly, once and for all. Hopefully, the silent majority is starting to become active.

It’s depressing when we’re powerless to do anything drought struggles, and we see risk-averse governments with no backbone to do what they should be doing. It’s time to get our countries priorities right. We must stop the blame game, and governments to become more action orientated.

“God has cared for our trees, saved them from drought, floods and disease, but he cannot save them from fools”. John Muir

“We can’t help everyone, but everyone can help someone”. Ronald Reagan

Posted in Drought, Community, Future, Health and Well-Being, Relationships
← Business Models become old and tired?Health and well-being outcomes are important to me →